EIB loan to University of Edinburgh 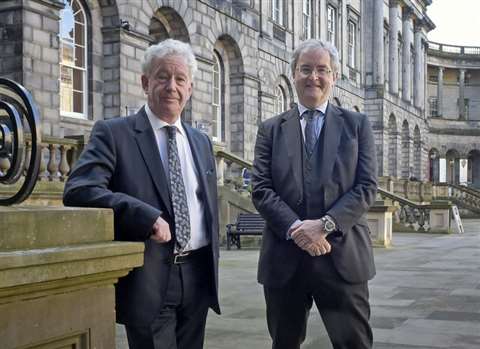 A loan of £200 million (€252.72 million) from the EIB (European Investment Bank) is aimed at helping transform the University of Edinburgh’s campuses in the Scottish capital.

The loan, together with £100 million (€126.38 million) from a US investment fund, will provide £300 million (€379.14 million) of new investment capacity to support a range of building and refurbishment projects over the next 10 years.

The loan agreement, to be signed by Edinburgh principal Professor Sir Timothy O’Shea and EIB vice president Jonathan Taylor, will allow the university to step up its £1.5 billion (€1.90 billion) building programme.

Projects in the 10-year plan include a new home for the School of Biological Sciences, the creation of a Data Technology Institute – part of the Alan Turing Institute – and a refurbishment of the historic School of Law at Old College.

The plan also includes a redevelopment of the landmark McEwan Hall – transforming the home of university graduation ceremonies into a combined ceremonial and conferencing facility.

As well as securing the EIB loan, the university has raised a further £100 million of funding through a self-arranged private placement with the assistance and advice of professional advisers Ernst & Young.

The remaining £1.2 billion (€1.52 billion) of the funding for the programme will be raised through capital grants, historic and new fundraising, and annual surpluses for investment generated by the university.

Taylor said, “The European Investment Bank recognises the ambitious development plans that will strengthen world class research, teaching facilities and student life at the University of Edinburgh over the next decade.

“This new £200 million 30-year loan to the University of Edinburgh represents one of the largest-ever loans to a European university, and reflects both the quality of the campus development plan, and the European Investment Bank’s clear commitment to support long-term investment in Scotland.”