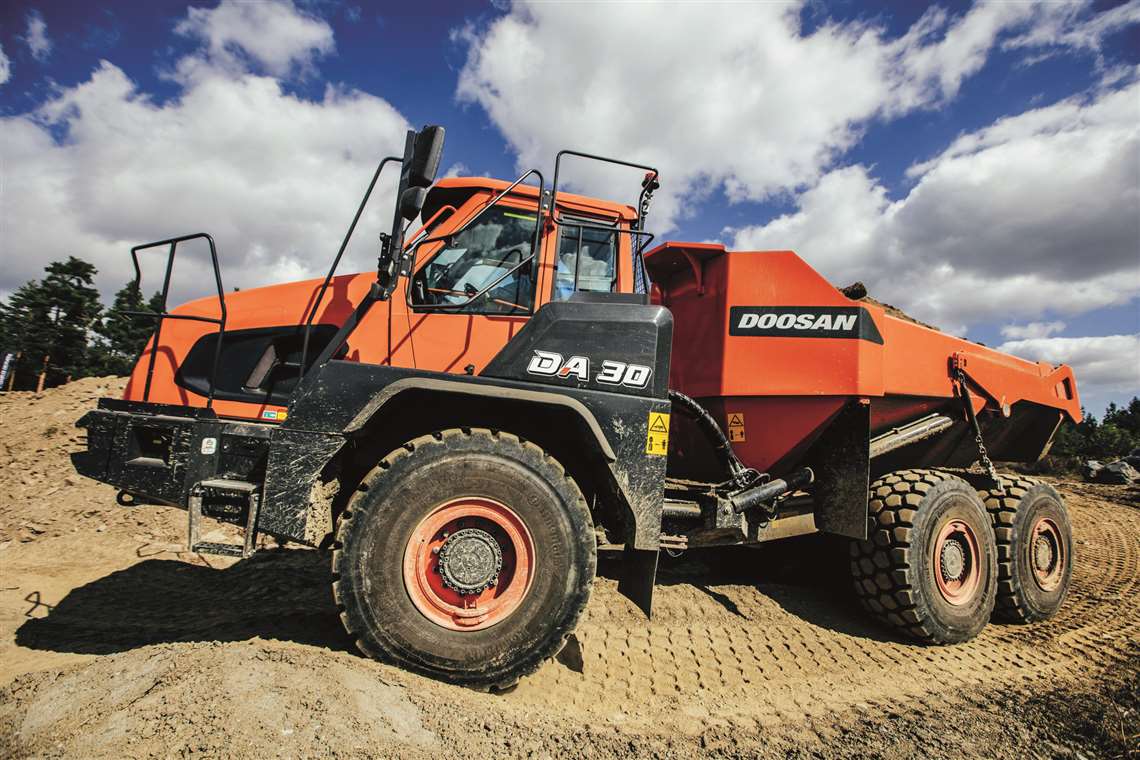 To say that the world is changing fast would be quite the understatement. If you take into account the new ways of working ushered in by Covid-19, telematics, BIM, automation, circular economies and the new emissions regulations, the term ‘Stage V’ starts to mean so much more than just lowering pollution levels.

Companies in the mining and quarrying sectors generally deal with the largest quantities of material in the industry and, due to the nature of sourcing and processing the materials, their sites are more permanent and operate longer working hours.

On the face of it, this may seem like an advantage when it comes to streamlining operations – and in some ways it is. However, as Beka Nemstsveridze, product manager for articulated dumper trucks at Doosan, tells CE, these companies also face unique challenges.

Therefore, when it comes to controlling costs, improving the efficiency of equipment such as haulers is a key factor. With this in mind, manufacturers like Doosan are redesigning every aspect of their articulated and rigid hauler production lines. 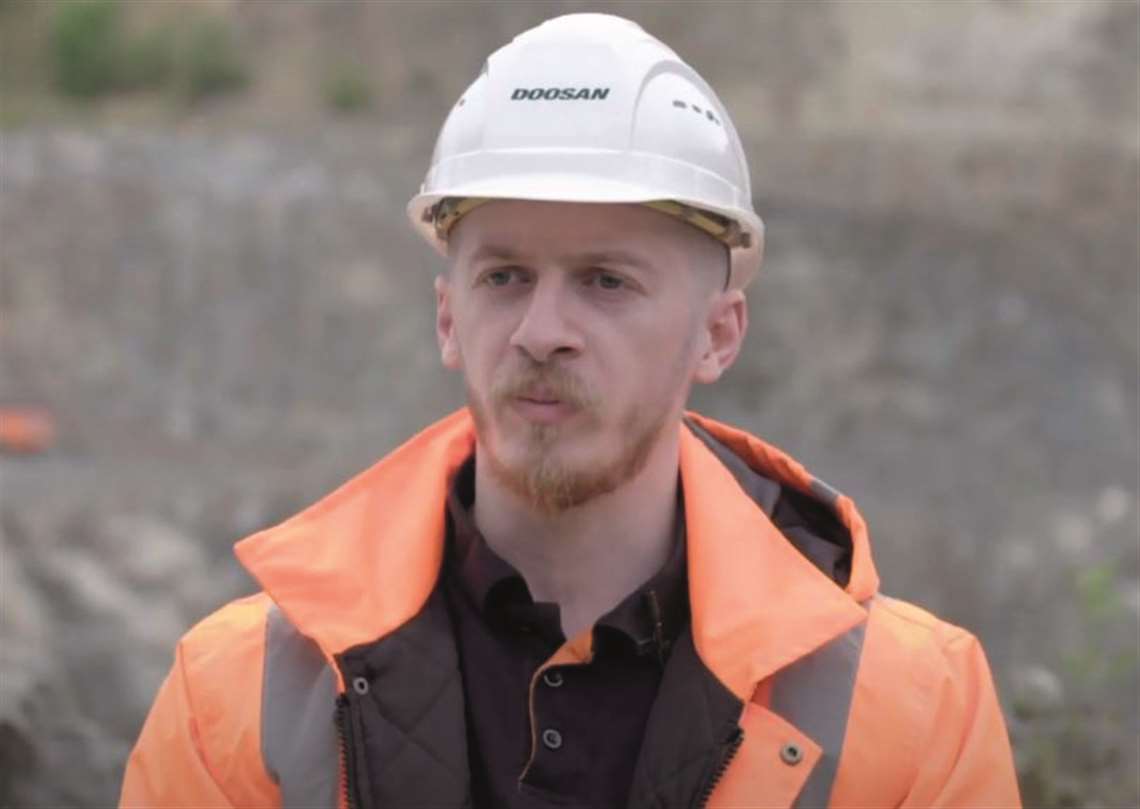 Nemstsveridze says, “At Doosan, we are actively working to optimize total cost of ownership (TCO) by reducing fuel consumption and continuously improving the quality of machine parts.”

The 28 tonne DA30-7 and 41 tonne the DA45-7 have both been upgraded with a new cab and self-levelling front suspension, which adjusts itself depending on the operating conditions for a more comfortable working environment.

All Doosan machines of 14 tonnes and above are factory-installed with the DoosanCONNECT TMS2.0 wireless fleet monitoring system, which provides information about machine performance in a dual mode using satellite and mobile network. 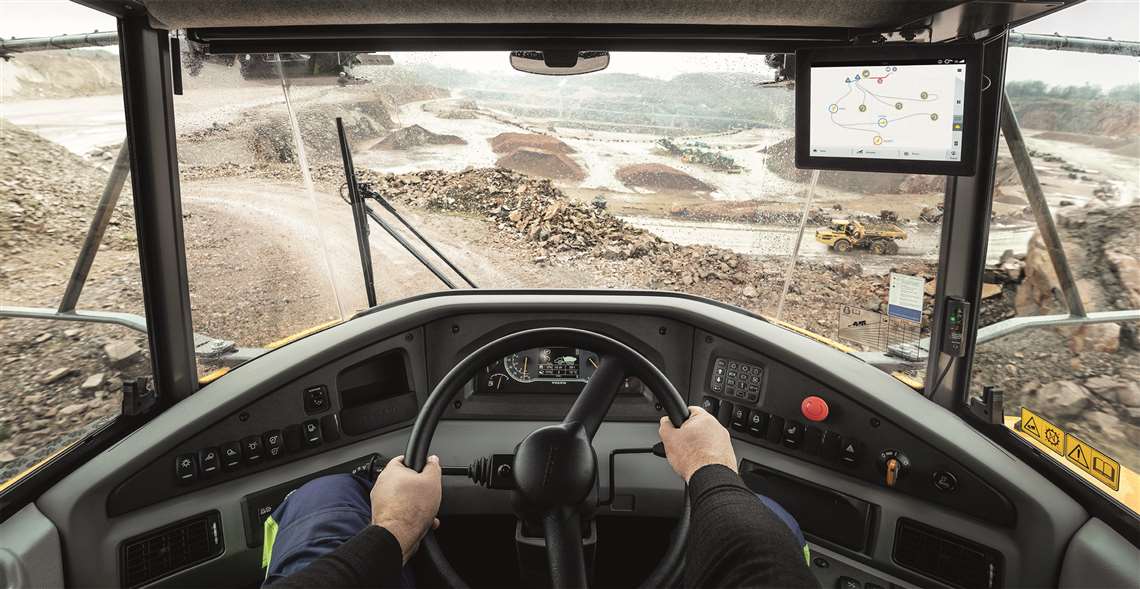 To facilitate ease and more efficient working practices, changes have also been made to the haulers’ diesel and AdBlue tanks, which have been repositioned to allow the operator to fill both tanks whilst standing next to the machine.

While these new technological features help to lower TCO, many Doosan and other equipment manufacturers also believe that new digital technology will help to attract more young people to the industry, which is generally facing the challenge of an ageing workforce.

Nemstsveridze says, “The industry is rapidly embracing digitalization in a series of huge steps - a process that is of great interest to the younger generation. As you may know, Doosan is at the forefront of these developments with the introduction of our Concept-X and 5G Remote Operation projects in 2018 which we believe will be the new word in the construction business and attract more and more young people to the industry.”

Available with the R100E rigid hauler and part of the company’s Connected Services offering, Haul Assist helps operators to improve their skill and productivity levels. 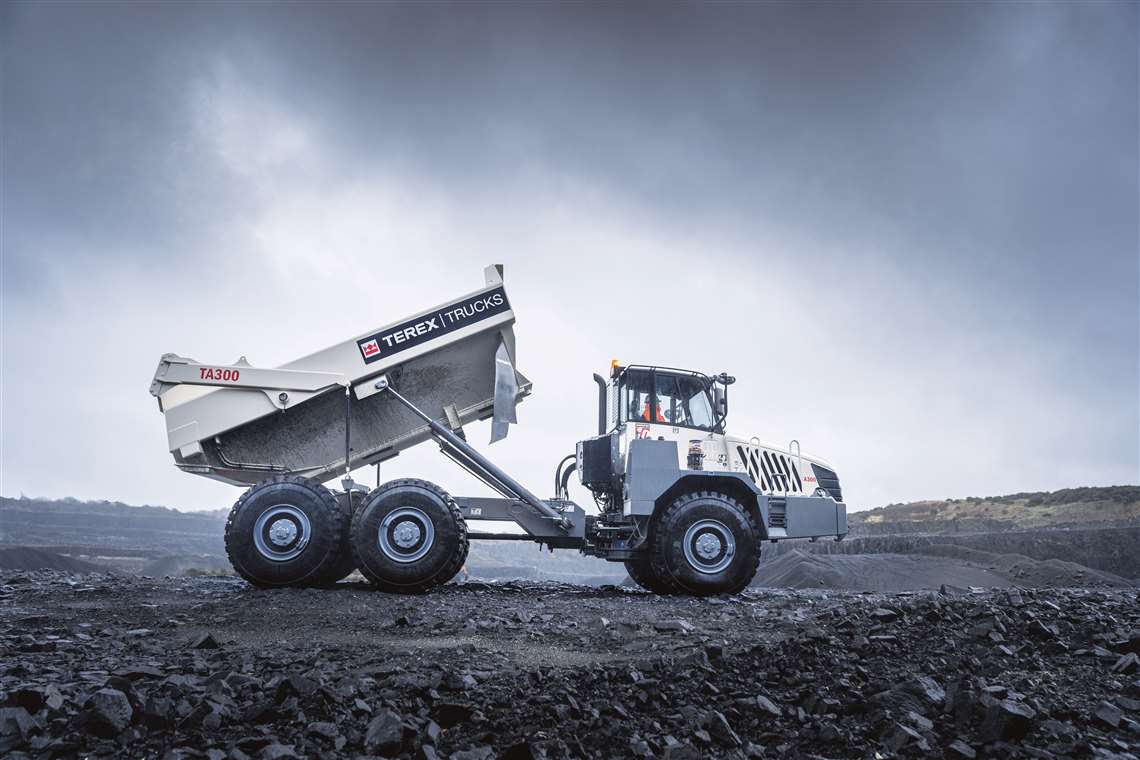 The most recent update to the Haul Assist app is Volvo’s Map feature. The map uses the hauler’s built-in GPS and the Co-Pilot’s digital connection to communicate with other machines on site in real-time, allowing operators to see both their position on the site and the position of other haulers fitted with the technology.

On large quarry or mining sites with varying terrain, restricted visibility and limited haul roads, the Map function can plot haul roads and preferred routes and identify places where haulers will meet or pass.

This means the risk of potentially dangerous situations can be significantly reduced, with predefined narrow or single lane road sections highlighted on approach to help operators navigate them safely.

Volvo says that being able to monitor traffic flow also helps site efficiency as operators can avoid congestion and waiting times, by anticipating their arrival at dump and pick-up areas.

In addition, the integrated Map feature can automatically trigger the on-board weighing system. This ensures that operators of machines like Volvo’s 95 tonne Stage V compliant R100E, carry the correct load with data to ensure each load of material they collect is of the optimum safe amount. 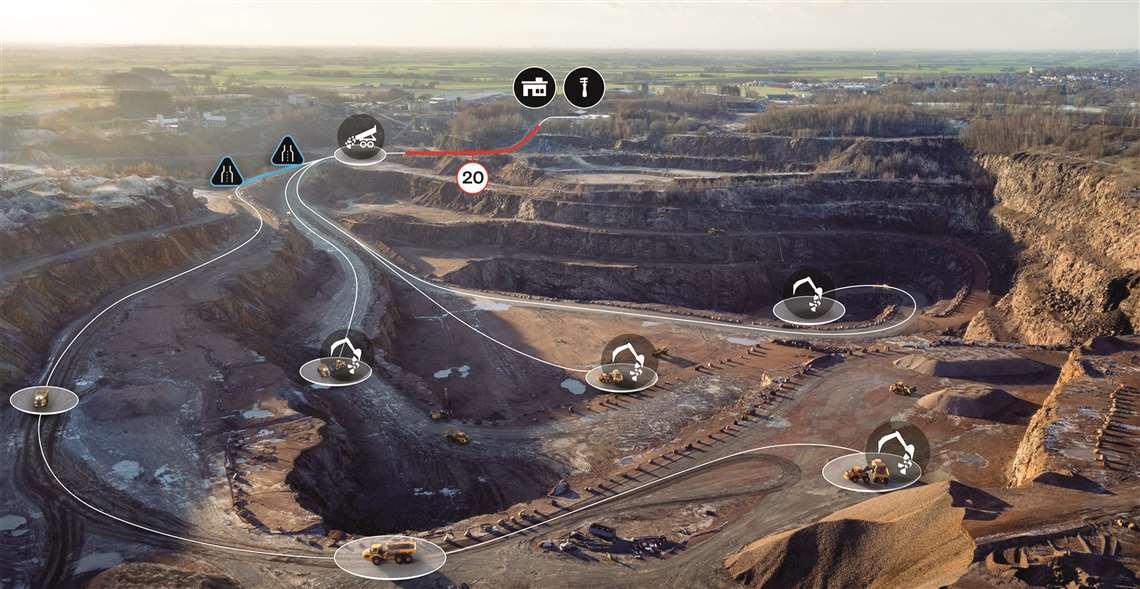 While the manufacturer’s new business area Volvo Autonomous Solutions (VAS) is looking to the future by developing fully automated quarrying sites that use remote-controlled electric haulers such as the TA-15, aggregates, mining and quarrying firms are currently looking to improve operator efficiency.

Cat’s Stage V 725 articulated hauler has been designed so that drivers with different experience and skill levels can focus on essential tasks and operate the machine maximum efficiently.

Alongside the automatic hoist is the manufacturer’s new Cat Detect with Stability Assist feature. This gives drivers both visual and audible alerts if the machine is at a dangerous angle while dumping and automatically stops hoisting to prevent the machine from tipping over.

Inside the model’s next generation cab is yet another feature that reduces the number of things operators have to do. The machine’s “wake up” function automatically turns on the machine’s touchscreen display when the cab door is opened, meaning operators hardly need to touch a button before being ready to start work.

On that note, Stage V technological improvements will no doubt go a long way to helping equipment owners reduce costs – regardless of the sector they operate in.

Indeed, Doosan’s product manager Nemstsveridze tells CE that “the hauler market is quite strong and dynamic at the moment due to many large infrastructure projects in Europe – HS2 in the UK being one.”